December 7th, I took my Bernina and embroidery unit it, because it was having issues.  After being in the repair shop a week, I called back and they said the bracket on my embroidery unit needed replaced and would cost $439 to fix, and it would take 1.5 to 2 weeks to come in. I was devastated, as I was still in the process of making Christmas gifts.  The helpful person I talked to explained they had a trade-in come in that afternoon, and she could sell it to me for just a little more than what it would cost to fix my machine.  My machine was an Artista 185 and this was an Artista 730, way newer than mine.  She said they would check it out and I could pick it up on Monday 12/17.

I got the new machine home and got busy with my gifts.  I made a nutcracker pillow for John-John who loves nutcrackers as much as I do. 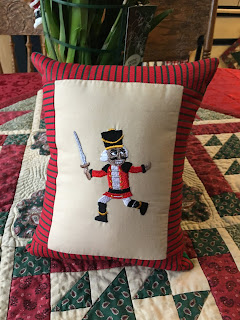 I embroidered a car on a sweatshirt for son-in-law Jeff who is still wearing the one I did for him at least 13 years ago. 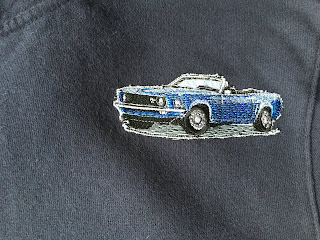 The problems started with this one. I wanted to put a car on Jaeger's sweatshirt.  He got his permit and should be driving himself in May.   When I got to the chrome on this one, it started making a snarly nest of threads coming out of the throat plate. I took the hoop off and cleaned everything out and was able to put the hoop back on and pick up where I started. 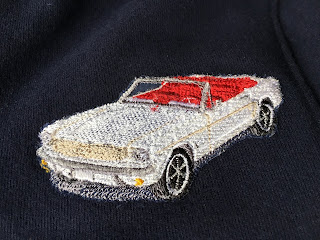 Then the pug for grandson Keaton, who loves pugs.  I don't think he has taken it off since I gave it to him! 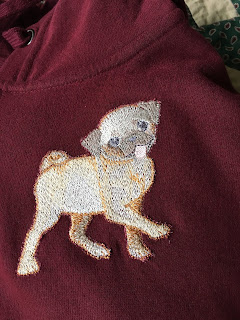 On the front of Kyleigh's the K came out very nice. 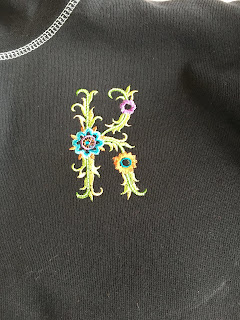 Then I wanted to do a mermaid on the back.  I had gotten down to to filling in the details on the fish, when it made an even bigger snarly mess of threads in the throat plate.  I tried to pick up where I left off, but couldn't get it right. So the mermaid has no details and the fish is not complete.  Kyleigh seems happy with it, but am going to give it another try and make her a tote back or something. 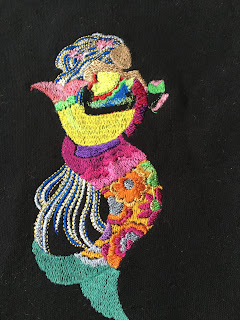 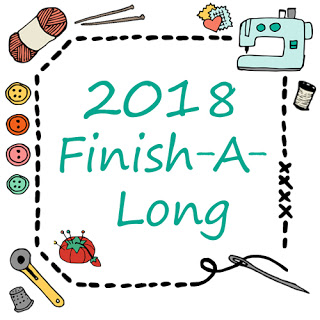 This was goal #9 on my Quarter 4 Finish-A-Long Goals.  I have had these embroidered at least 10 years.  I finished my daughter's and gifted them.  But my set were undone.  I finally got them done this year, and on the tree. 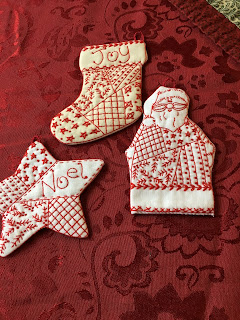 Thanks for stopping by!   Karrin
Posted by Karrin Hurd at 9:10 AM

I missed this post somehow, though I knew part of it. Your embroideries are wonderful! I wonder why it gets so far and then something makes a thread nest? I hope this isn't any big deal - a burr on the needle plate or something? I have little knowledge about embroidery machines. I had one a very short time before selling it. Best of luck figuring it out. Did it come with any kind of warranty?

What lovely Christmas embroideries! Thank you for participating in the FAL, on behalf of the 2018 FAL hosts!